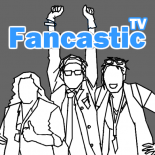 Dystopian ‘Little Women’ Adaptation in the works at The CW

Deadline broke the news today that CBS Studios has purchased a dystopian Little Women adaptation for The CW. The project is listed as ‘in development’ for the 2015-2016 season. This … Continue reading →

New Images from ‘The Martian’

Two new images have surfaced of Ridley’s Scott’s space thriller The Martian. Total Film has shared these two images from their July 31st issue of the magazine.        The … Continue reading →

This Week in Podcasting: Daredevil, Outlander, The Flash & More

As many of you know, we like podcasts here at Fancastic TV. Not only do we regularly guest host a variety of podcasts, we also listen to some great ones … Continue reading →

Agents of Shield | 2×16 | “Afterlife” Tonight’s episode of Agents of Shield was fantastic! The writers of this episode weaved in some solid Marvel easter eggs (which is always … Continue reading →

﻿﻿ Ethan Hunt is back in an all new Mission Impossible film. The fifth installment of the MI franchise is called ‘Rogue Nation’. Starring Tom Cruise & Simon Pegg. In … Continue reading →

﻿Bob Iger announced today on the Disney shareholders call that Oscar nominated actress Felicity Jones (The Theory of Everything) will be starring in the first Star Wars spinoff film. The title … Continue reading →

It was announced today that Disney’s 2016 live action Beauty and the Beast has found it’s Beast and it’s Gaston. British actor Dan Stevens, best known for his roll as Matthew … Continue reading →

This week I had the honor of being on three different podcasts! On Tuesday, I was on Assembly of Geeks, recapping the heart-wrenching finale of Agent Carter. Wednesday I was on … Continue reading →

As you know, we have been recapping Marvel’s Agent Carter on the Peggy Carter Podcast. Over the last eight weeks we have been tracking our theories about Dr. Ivchenko, Howard, Jarvis, Item … Continue reading →

Fans have been waiting for the first official image of Jason Momoa’s AQUAMAN since he was first announced as playing the King of the Seven Seas. Tonight their patience was … Continue reading →